Maybe you have heard about a little town called Hallstatt in the middle of the Austrian mountains. It is one of the major places of the Salzkammergut and welcomes an incredible number of visitors each day. However, Hallstatt does not even have 800 inhabitants.

Do you know what is curious about Hallstatt? For me, it’s not the landscape, the lake just on the edge of the town or the salt mine that is offering us findings of thousands of years. It’s the fact that it was rebuilt in China – an exact replica, just back to front. It’s the fact that busses full of visitors invade the little town every day, mostly tourists from Asian countries. As a result, all signs are printed in Chinese, Korean and Japanese. The fact that there is a hashtag saying #therealhallstatt. And all the fuss about a town with not even 800 inhabitants. 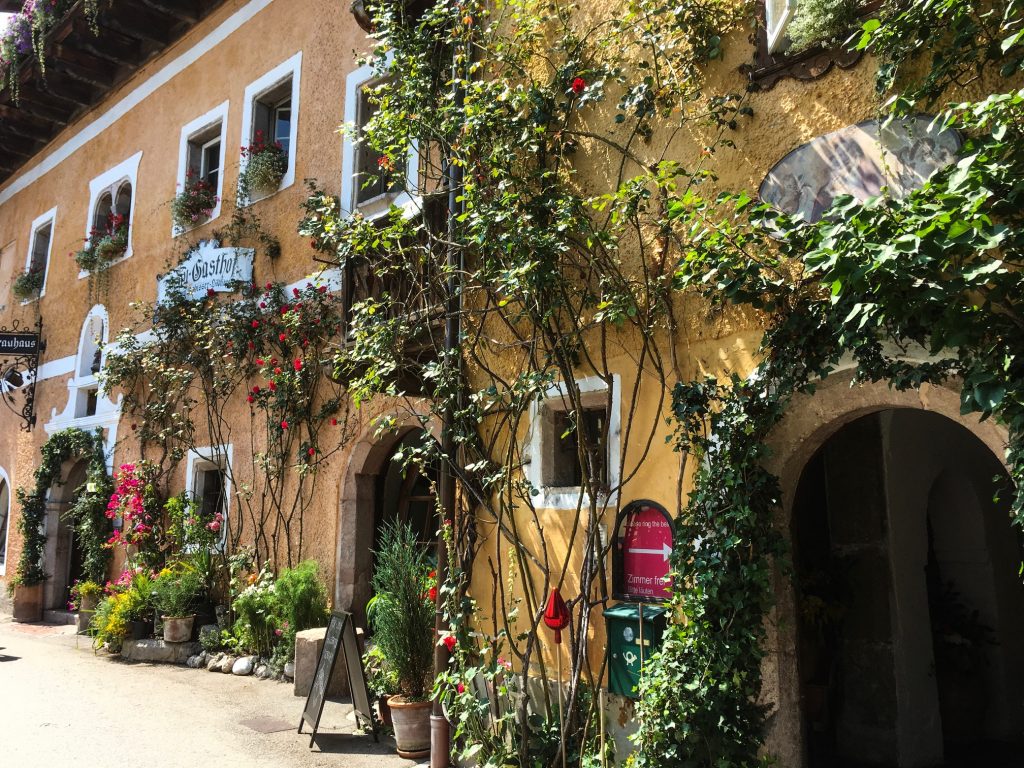 What? Don’t get me wrong – Hallstatt is beautiful. It is idyllically situated at lake Hallstatt. When taking a look at the town from the top, it almost seems as the houses hold on to the land as if they scooch away from the lake. The houses look almost fairytale-like, as if they were covered in colorful sugar coats. The lake and the surrounding mountains are delicately molded into the landscape and offer a unique view. But … to be honest … I have seen towns and villages that are equally beautiful, that offer as many fairytale-like aspects and idyllic landscape all around. So what’s all the fuss about? 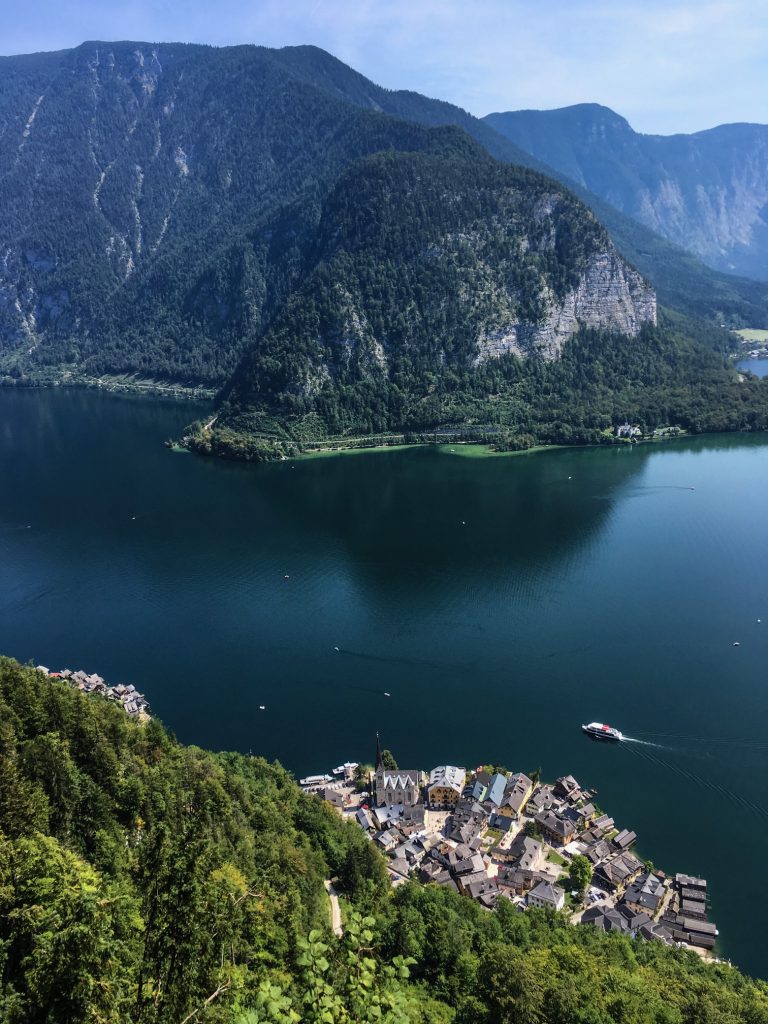 Hallstatt looks back on an amazing history. Already thousands of years ago, people came here to mine salt, which can be dated back between the 8th to the 5th century BC. This time has been named after Hallstatt itself and has given scientists a lot to study as they were and are still able to find invaluable goods of the past. The salt in the mines has preserved a lot of ancient findings such as clothes, tools, bones and even food and human excrements. A prehistoric cemetery found in 1846 uncovered more than 1,000 burials which were examined in detail to find out more about the living and the dead of the Hallstatt culture. 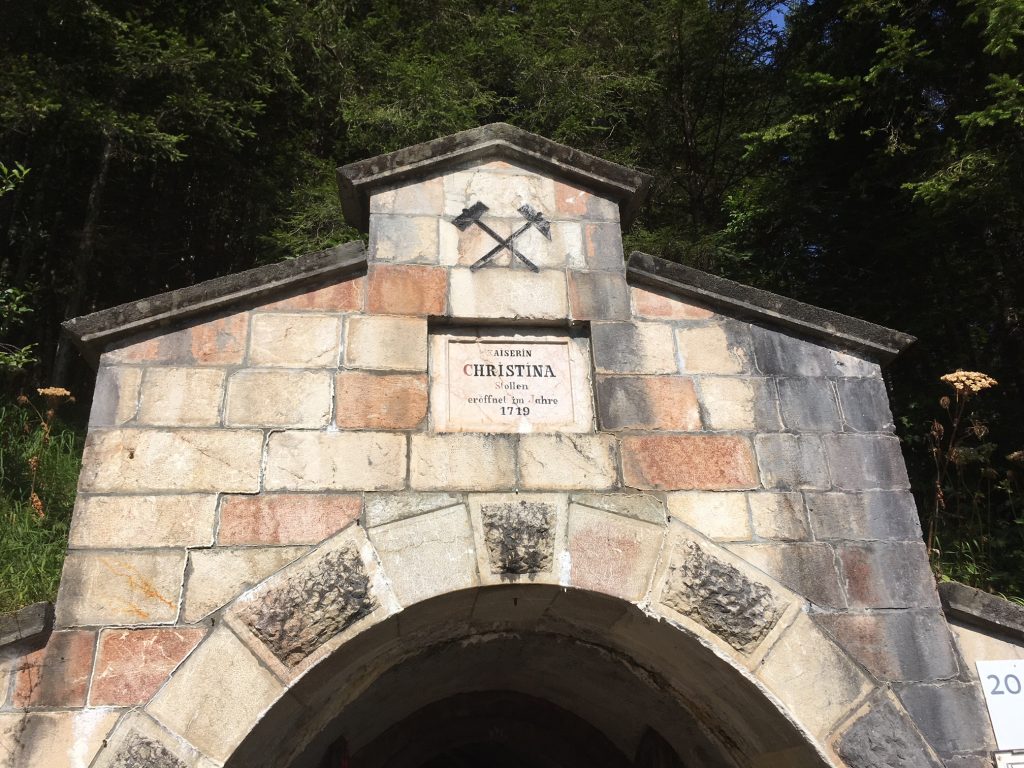 But is it really its history that makes Hallstatt so popular for Asian tourists? Is it the salt and the mine? The „Salzwelten“ are probably one of the many aspects. But what seems to be utterly fascinating for the tourists in Hallstatt is their own face on their mobile phones. Selfies, selfies, selfies and selfie-sticks – that’s what you get to see when you go to Hallstatt. They turn their backs on the most beautiful scenery just to have their face in the picture. They rent a Dirndl to make a photo-shooting in front of the lake (actually, this is a very good business idea :-)). Inhabitants seem to be annoyed by the masses of people pressing their way through the alleys, making it hard or sometimes even impossible for them to get home, to get through with their cars (which is – to be honest – one of the major problems, as cars are allowed to drive through the center!).

Hallstatt – a town of contrasts

As beautiful and idyllic it seems to be for the tourists, as hard it is for people living there. The approximately 800 inhabitants have a hard time in summer, when the busses arrive one after another. In winter, it’s quiet and shadowy. You can decide for yourself what you think of Hallstatt. It’s rich history is an important aspect of Austria’s history. It’s idyllic old town center is worth a photo stop. But you can decide yourself, which of those aspects is worth all the fuss about it…