What do you do when you get soaked in London on a rainy Sunday? You go to the British Museum, like all the other tourists.

Well, it was like in the movies. Standing at a traffic light in one of the most cosmopolitan cities of the world. In my left hand a map, in my right a coffee-to-go. Waiting for the lights to turn green, I tried to hide my face from the rain, when a car was racing towards the red lights and soaked me by rushing through a big puddle and covered me in dirty rain water – from top to bottom. Thanks!

Plan B – London inside

The carton cup in my hand seemed to melt away under the rain water dripping from my arm. The map has got almost useless and my jeans were suddenly dyed in a dark blue shade. Alright, time for Plan B. I was freezing and tried to decode the signs on the wet map to get to one of the most amazing buildings I have ever seen: The British Museum. It would be the perfect place to warm up and dry myself.

I enter through the North entrance, which is much smaller than the main entrance. Only a few people enter the museum there, no lines, no long waiting, quick security checks and I am inside. Big relief! It’s warm, it’s dry and it’s packed with tourists. I was not the only one with the genius idea of going to the museum while the rain wets the city. Above all, the museum is free of charge.

Travelling the world in one building 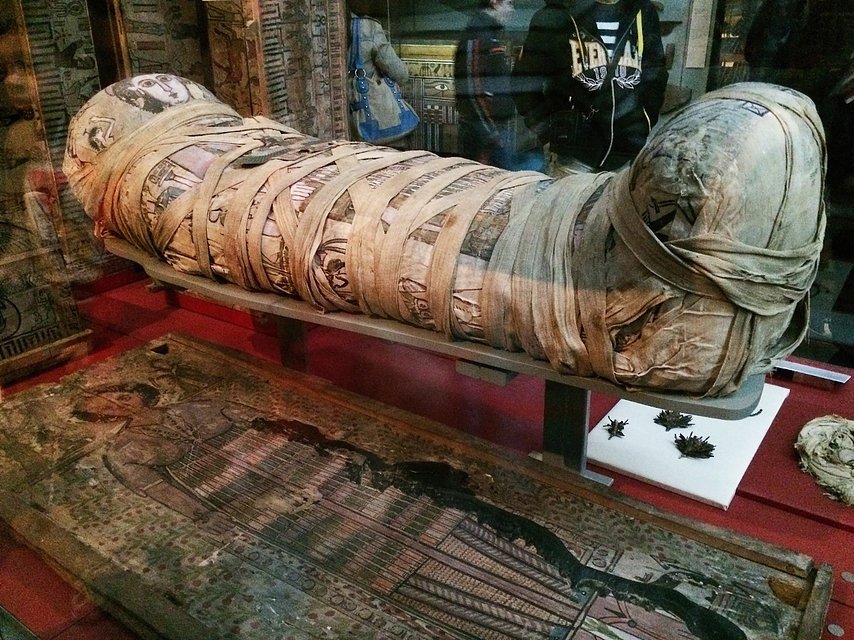 People are gathering in the Egyptian area, where the mummy of Cleopatra can be seen, various sarcophagi of different sizes, fascinating artefacts of ancient times. The British Museum is widely known for its Egyptian sections, not only because of the mummies that are surrounded by curious visitors. The Rosetta Stone is exhibited on the ground floor – it is the one stone that helped to translate the hieroglyphs into modern languages, as the same content is also provided in Demotic script and Ancient Greek. You won’t be able to miss it, not because you will see it immediately, but you will recognise the people crowding around the glass box protecting the precious stele.

But you cannot only travel to Egypt within the beautiful premises of the British Museum, you can also travel to Africa and see African modern art. You will pass through the history of Ancient Greek and the Roman period and will experience the history of clocks! Be sure to observe the Nereid Monument, the largest and finest of the Lykian tombs found at Xanthos in south-west Turkey. Various cultures are combined in this temple tomb, which gives you an idea of how such buildings looked like around 400 BC.

If you have seen enough exhibitions, take some time to enjoy the angelic Great Court. The Queen Elizabeth II Great Court is the largest covered public square in Europe. The glass roof allows natural light to bathe the hall held in shades of white in warm lights. Originally planned to be a garden, the Reading room was built in the 1850s. After the library department was relocated in 1997, the courtyard should be opened again. After an architectural competition, the Great Court was opened in the year 2000 and has ever since been an important landmark in the city of London.

Outside the city is still bustling

After all this historical talk, the rain stopped. And I decided to walk around the city. You can easily walk through the city of London, despite it’s size. From Trafalgar Square to Piccadilly Circus, to Leicester Square and Westminster including the Big Ben – all that can be seen within a nice walk. And even the sun has reappeared above London’s miracles. Let me just give you an idea how a rainy Sunday in London can turn out in the late afternoon … 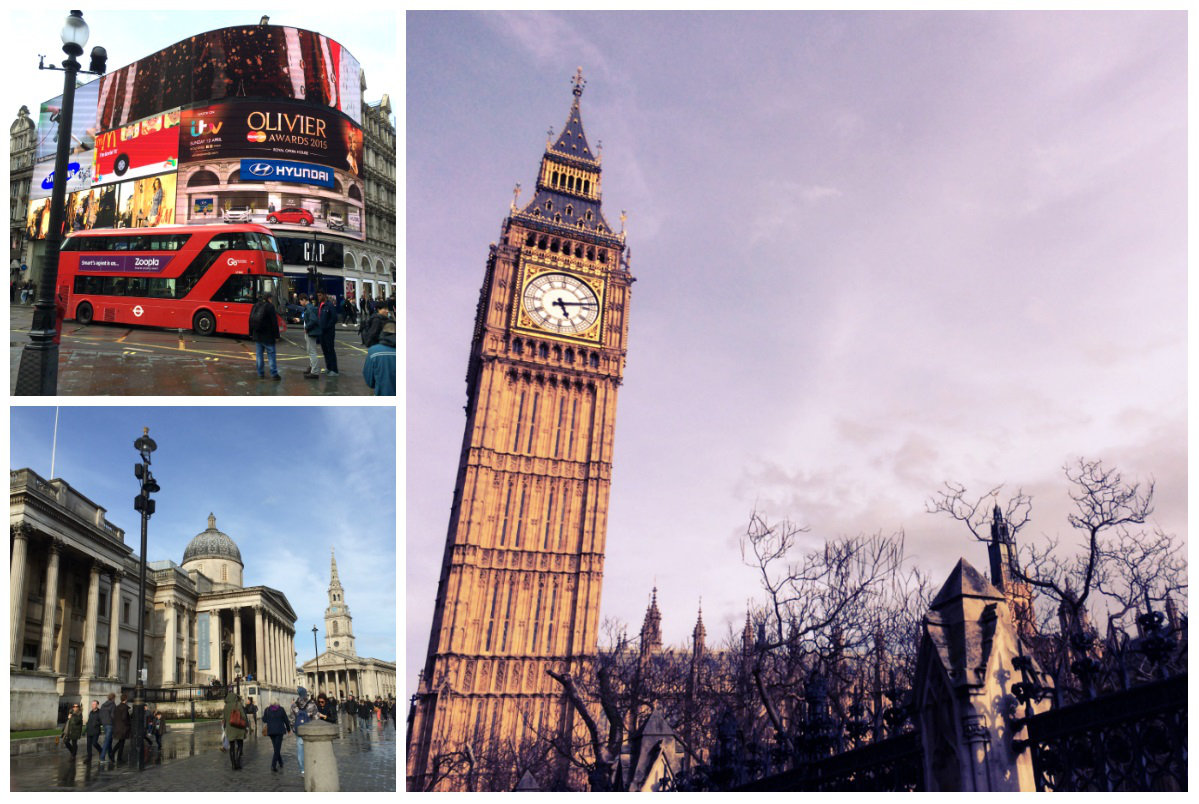