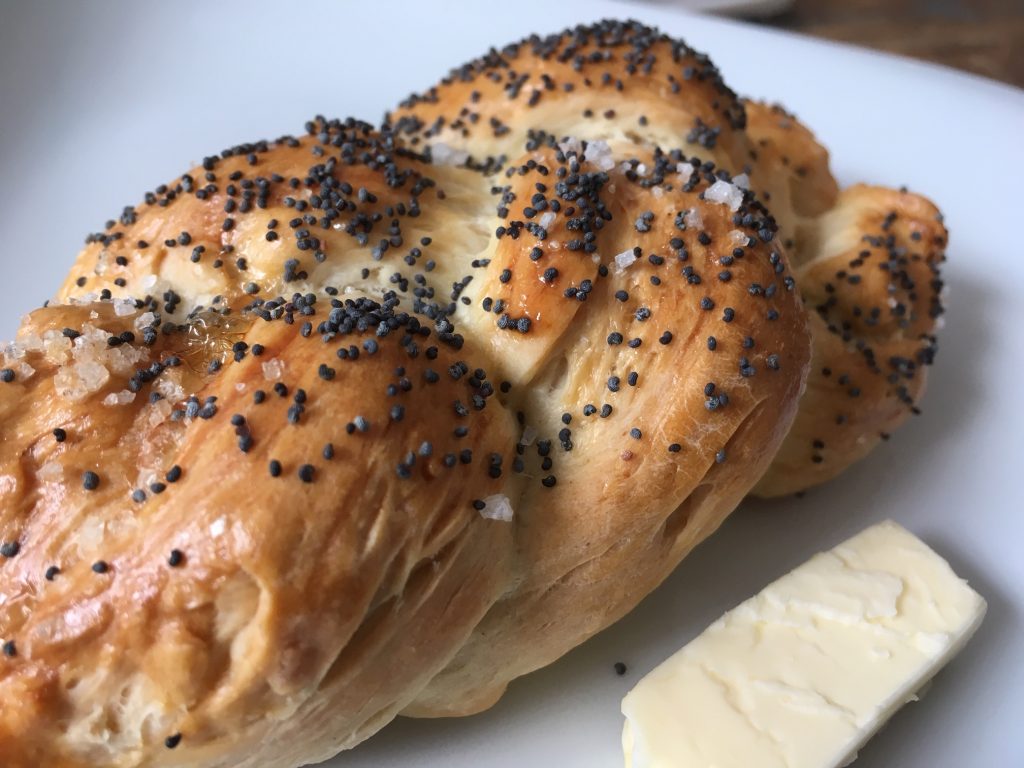 As an Austrian living in Switzerland, there are only a few things that I miss. But still, there are a couple of things which are not available in beautiful Switzerland. One of those things are «Mohnflesserl». Austrians love them, and so do I. This is why I made them myself.

When traveling the world or spending time in other countries, you start discovering the differences in each and every culture. Food, groceries, shopping, opening-hours, customs and traditions. Some of them are not as important as others, and some of them you start to miss after some time. After one and half years in Switzerland, I somehow started to miss Mohnflesserl. You can find them in every bakery in Austria – when searching for them in the dictionary you can find the English term «braided poppy seed bread».

So far, I haven’t found them in Switzerland, and the Swiss didn’t even know what they were. I had to change that! Therefore, I searched for a recipe and tried it out. There is one thing you need when making Mohnflesserl yourself: patience. A lot of patience. I thought of making them for a comfortable brunch on Sunday morning, where we invited friends over to our house. No way! I would have starting making them at about 6 am to get done with them in time for the guests to arrive. So, I gave it another try on a rainy Sunday morning, where no guests were invited and we had no significant plans for the rest of the day …

6 to 10 portions, depending on the size

The yeast dough takes some time. Therefore, you have to have at least 2.5 hours of time, I would suggest more. So start with the yeast dough and put the yeast into the lukewarm milk, stir until the yeast has dissolved. Take a big bowl and put the flour in it, make a well in the middle. Put in the yeast-milk and stir softly. Cover and let it rest for 20 to 30 minutes in a warm place. 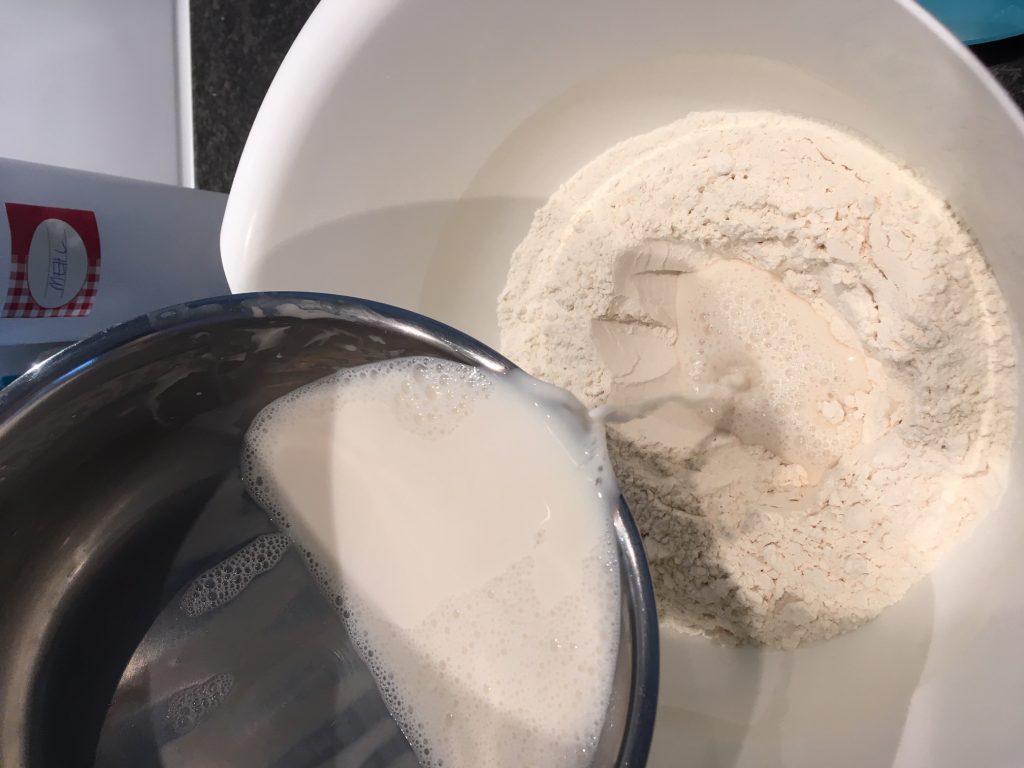 In the meantime make sure the butter is soft and cut it in little pieces. After about 25 minutes, add butter and salt and knead the dough until it is soft. Cover the dough and let it rest another 30 minutes. 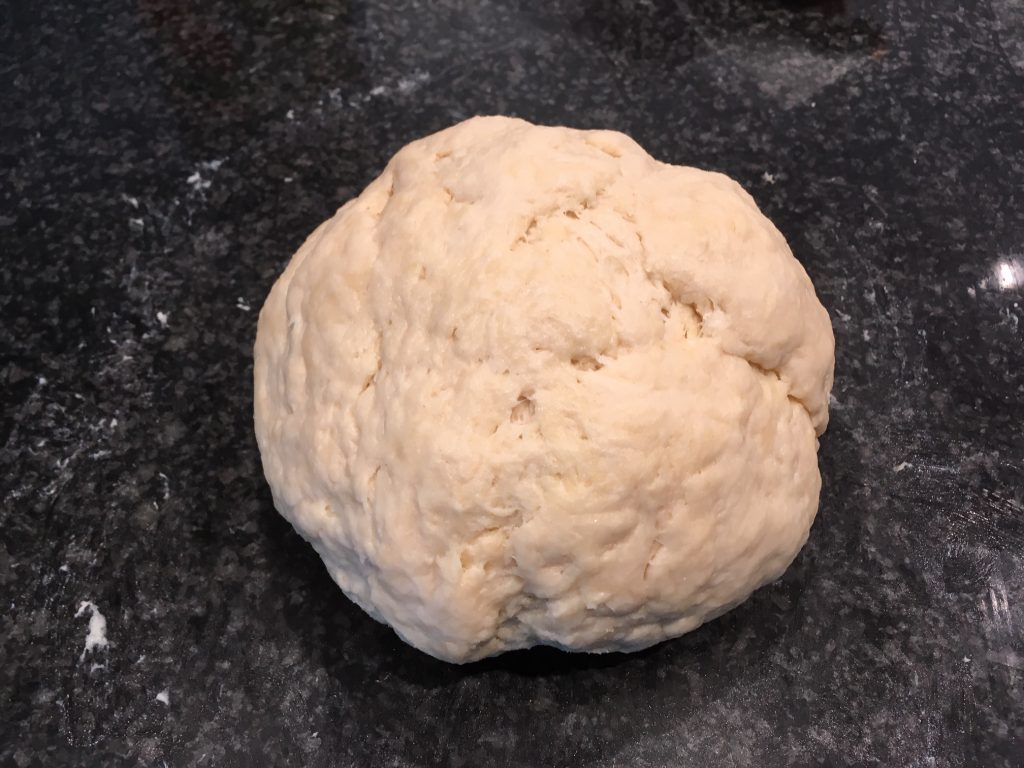 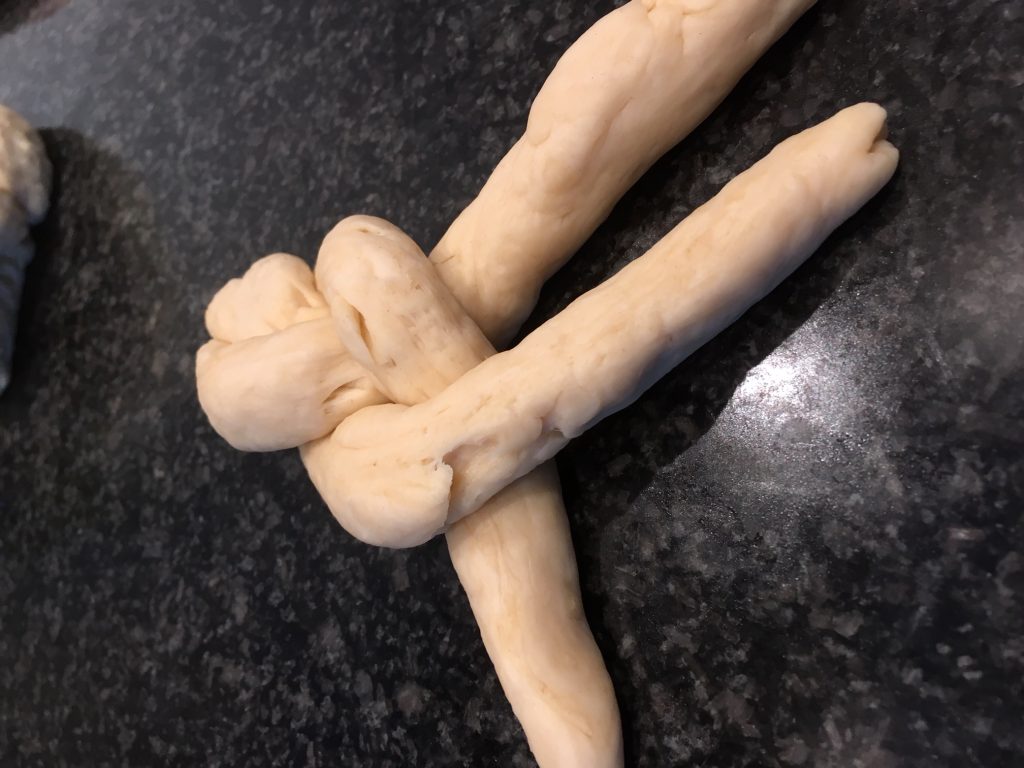 Divide those equal parts again into three strands to braid the dough just like  you braid hair. Make sure the ends are tucked under safely, so that they won’t come out during baking.

Cover the baking tray with baking paper and put the raw Mohnflesserl on top of it. Whisk the egg and brush the pastry with the egg. Put poppy seeds and a little bit of sea salt on top and bake until they have reached a «healthy» color. I let them bake for approximately 20 minutes. 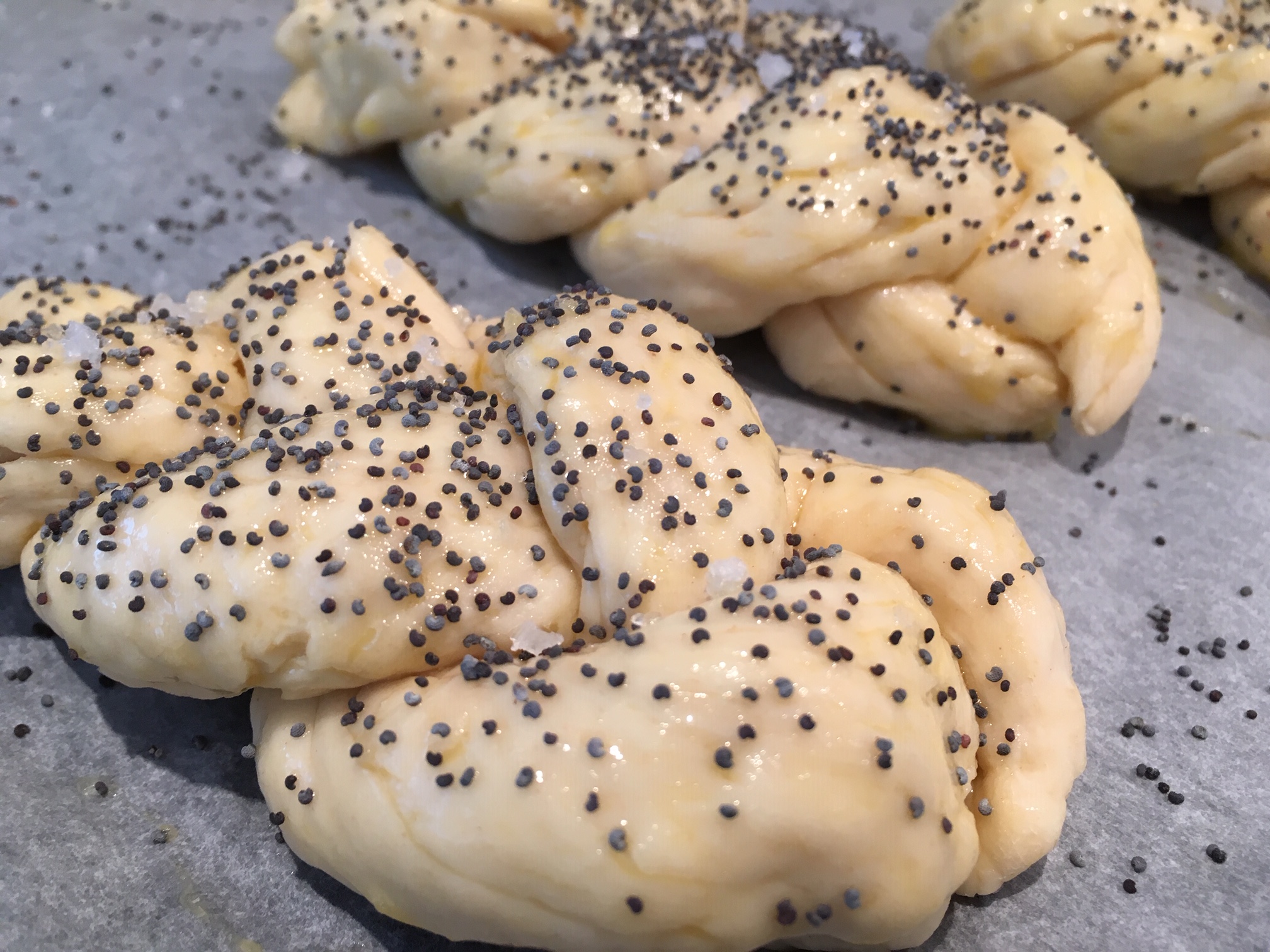 A taste of home away from home

When they were ready, I was quite satisfied. They looked and smelled the same as I knew them from Austria. But still, they taste better in a bakery 😉 I would say, it is worth the try and I am definitely going to bake the Mohnflesserl again, simply because I really like them and I miss them. Considering the amount of time the making needs, I guess, I won’t be making them every weekend, but once in a while, I’d go for it. 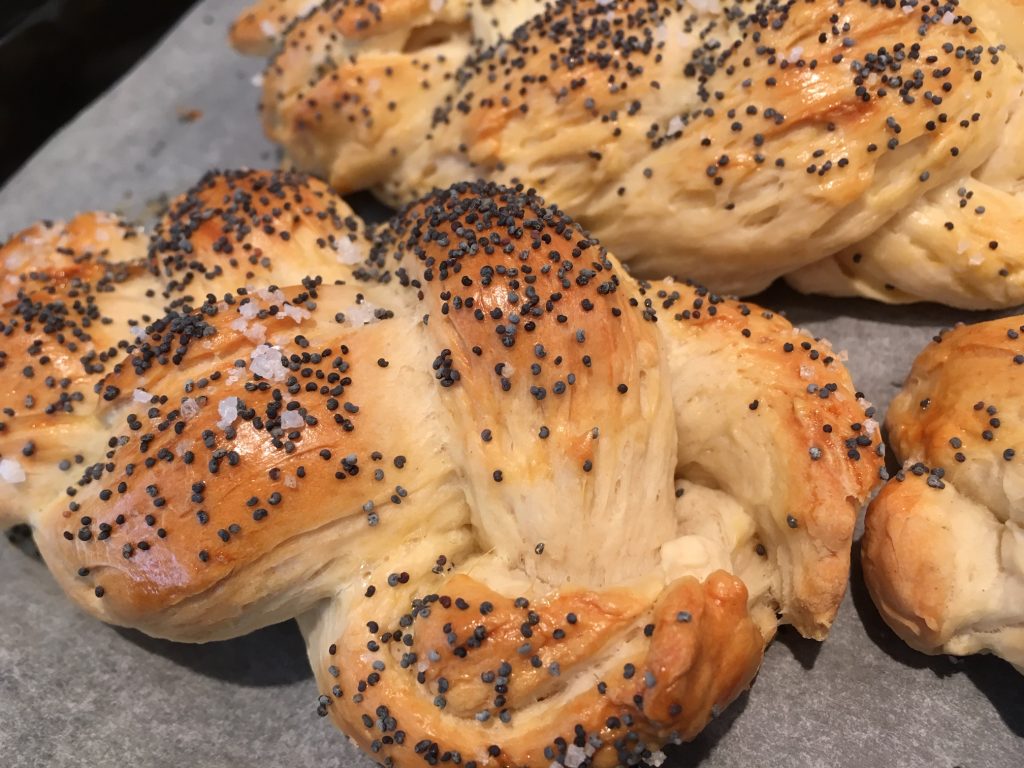 My personal recommendation: Eat them while they are still warm and add a bit of butter … mmmhhhh simply the best! Enjoy!